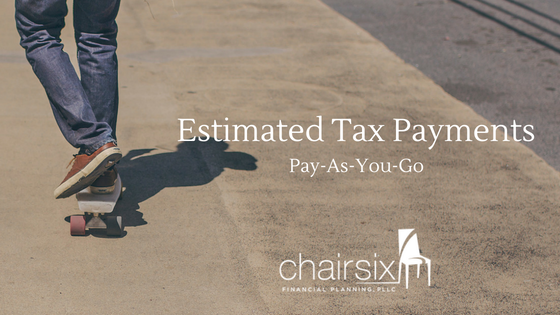 Posted at 20:14h in Tax by Jeff Zappone 0 Comments

Penalties are figured separately for each quarter. So, even if you catch up on the amount due in a subsequent quarter, you may owe a penalty for the prior quarter. It’s important to make an estimated tax payment each quarter even if you can’t make the full estimate to reduce a penalty.

The difficulty, for most taxpayers, is estimating their current year’s tax liability in April (when there is still 8 months left in the year). Without a crystal ball, it’s not easy to predict what 90% of the current year tax will be, especially when income varies quarter to quarter or year to year. New entrepreneurs can be caught off guard by learning they have to pay both income and self-employment tax when filing their taxes. Consequently, for those taxpayers who wish to make certain they will not owe an estimated tax penalty, 100% (or 110% for higher income taxpayers) of the prior year tax paid in estimates is generally recommended.

You can make your estimated tax payments by filing out Form 1040-ES and mailing a check, or by paying through irs.gov/payments.

Also, if you live in a state with an income tax, don’t forget to make state estimated tax payments.

If you need help figuring out how much you should be paying in estimated tax payments, contact a CPA financial planner.