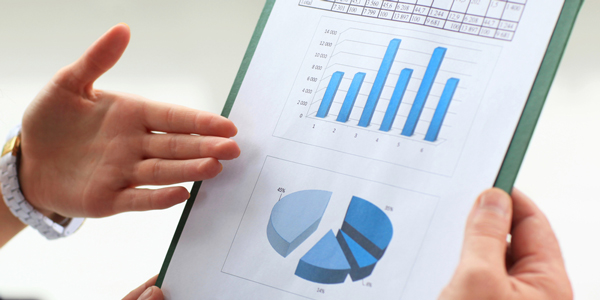 Posted at 19:49h in General by Jeff Zappone 0 Comments

So, Trump Won. Now what?

Wow, life comes at you fast! I don’t know many people who predicted the Trump upset. I think this post-election ‘analysis’ is more speculation than anything. I’ve learned that politicians often act and govern quite differently than what their campaigns would suggest. And I suspect Trump is no different, even if he is not a politician in the traditional sense.

Anyway, here are some of the issues I will be watching in the coming weeks and months –

Major changes to the tax code are coming. Let’s buckle up!

Both the House Republicans and President-Elect Trump want to repeal the estate tax, and I think there is a high probability that it will be repealed. It’s not very popular and only collects less than 1% of total federal revenue. If Republicans can find the votes in the Senate, and the sentiment is right, it’s gone.

Conversely, the death tax affects very few estates, and it only collects less than 1% of total federal revenue. If Republicans want to accomplish an aggressive tax overhaul, repealing the estate tax might get logrolled away. If the sentiment is right, it stays.

The bigger question, however, is what happens to stepped-up basis on appreciated assets. Trump’s plan is to eliminate stepped-up basis but provide an exemption for the first $10,000,000 of capital gains. So, anything more than this amount would be subject to capital gains taxation. We will have to wait and see how this plays out.

Trump wants to decrease the number of tax brackets from seven to three and lower rates across the board to 12.5%, 25%, and 33%. House Republicans also want to consolidate the brackets, so it will probably happen. Also, I think the 3.8% surtax on net investment income will be repealed. Other Trump proposals, like increasing the standard deduction, capping itemized deductions, and deducting childcare expenses above-the-line are also likely, but are probably going to be quite different than what Trump proposed during the campaign.

Trump has proposed reducing the corporate tax rate from 35% to 15% and eliminating the corporate alternative minimum tax (AMT). In addition, Trump also wants to give companies a one-time opportunity to bring their offshore profits home at only a 10% tax rate.

Finalized in April of 2016, the Department of Labor’s fiduciary rule holds all financial advisors to a fiduciary standard when providing advice regarding retirement accounts. The Senate swiftly voted to repeal the rule in May of 2016, but failed to get a veto-proof 2/3 majority, and President Obama has vowed to veto any attempts at repealing the ruling. Trump, however, has changed the game. Michael Kitces believes that Trump will more likely defang the fiduciary rule rather than repeal it. I’m not so sure. Paul Ryan is no fan, and neither is Anthony Scaramucci, a member of Trump’s transition team who has promised to repeal the rule.  I have no idea what will ultimately happen, but the future of the fiduciary rule is very much uncertain.

In August, the IRS issued proposed regulations that are aimed at restricting discounts for lack of marketability and lack of control on transfers of ownership interests. Essentially, the IRS wants to prevent the lowering of the estate and gift tax value of transferred assets. There will be a public hearing on the proposed regs on December 1. Legislation has been introduced in both the House and the Senate to block the proposed regulations from becoming final. With Trump taking office in January, I expect either a rush to finalize these regulations before his tenure begins, or, in stark contrast, the process to just wither and die. We will soon see what happens.

On the campaign trail, Trump repeatedly stated he would repeal and replace the ACA. Now that he has been elected, he has backtracked a bit, saying he wants to keep two pillars of the law, prohibiting pre-existing conditions denials and allowing parents to cover their children until age 26. Regardless, the Affordable Care Act is likely to be the key domestic policy fight in 2017. Expect uncertainty.

The Trump upset has turned conventional wisdom on its head. A few weeks ago, I thought I had a good handle on policy, Now, anything, it would seem, is possible.