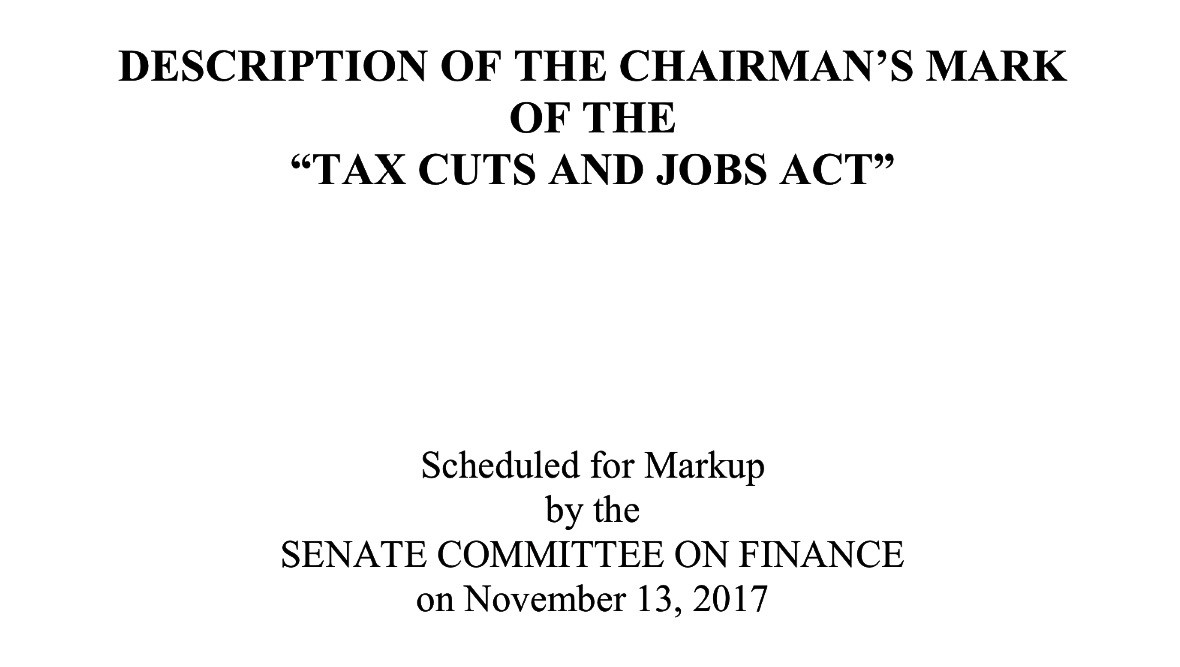 Posted at 22:41h in Tax by Jeff Zappone 0 Comments

The big news of the day is that Schweitzer announced they will be opening November 18th – so that’s got me pretty excited. Also exciting is that, yesterday, the Senate Finance Committee released a proposed tax reform bill called the Tax Cuts and Jobs Act.

The Senate bill contains many of the same proposals as last week’s House bill – but also has some noteworthy differences. For example, while the House bill creates four income tax brackets for individuals, the Senate bill provides for a seven-bracket system, with tax rates of 10%, 12%, 22.5%, 25%, 32.5%, 35%, and 38.5%.

There is no repeal of the estate tax in the Senate bill, but it does double the exemption amount.

For businesses, the Senate bill would allow individuals to deduction 17.4% of “domestic qualified business income” passed through from a partnership, S corporation or sole proprietorship. However, this deduction would not apply to specified services businesses, except for married taxpayers with taxable income of $150,000 or less ($75,000 for singles). For taxpayers who have qualified business income from a partnership or s-corporation, the amount of the deduction would be limited to 50% of the W-2 wages of the taxpayer – which I’m not quite sure I understand entirely because partners in a partnership or LLC are not supposed to receive a W-2.

Lastly, the Senate bill lowers the corporate tax rate to 20% but would delay the rate change until 2019.

So, there is a lot to work out between the two bills before legislation is enacted. Stay tuned!