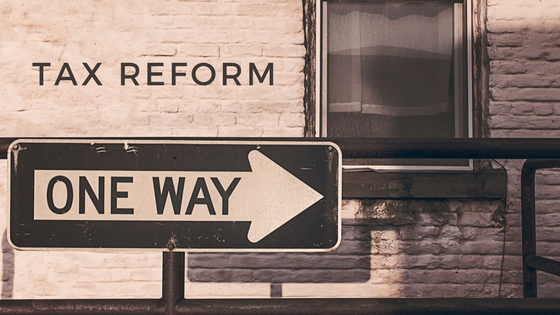 Posted at 22:00h in Tax by Jeff Zappone 0 Comments

Both the Senate and House passed their versions of tax reform bills back in November, but the two bills had to be reconciled. That happened last week in conference, and we have a final bill— which should be voted on this week and signed by President Trump before Christmas. The dust is still settling, but we now have some clarity on how the tax code will change, mostly beginning January 1st, 2018.

Many of the new tax provisions for individual taxpayers are set to expire at the end of 2025. The good news, though, is that education credits and deductions, as well as the adoption credit, are still available. Also, the FIFO treatment of stock sales was shot down! Here are the highlights:

Income tax rates:  We still have seven tax brackets, but with slightly different rates. Most taxpayers will be in a lower marginal tax bracket, but that doesn’t necessarily mean they’ll be paying less (or more) income tax. Qualified Dividend and Capital Gains rates:  No change. These rates will follow the prior income brackets for long-term capital gains.

Standard Deduction:  The standard deduction was increased to $12,000 for individuals and $24,000 for married couples filing jointly. This should allow for more individuals to prepare their own income tax return and will also create more taxpayers who will pay zero income tax.

Personal Exemptions:  There are no more personal exemptions to claim, but;

Child Tax Credit:  The child tax credit has doubled to $2,000 per child and is refundable up to $1,400 (subject to phaseouts). There is also a new, temporary $500 credit for non-child dependents.

Exclusion of Gain from Sale of Your Home:  No Change! Taxpayers can still exclude up to $250,000 of gain ($500,000 if married filing jointly) provided the taxpayer has used the home as his or her personal residence for two of the previous five years.

Above the Line Deductions:  Most are retained, such as student loan interest, tuition and fees, and out-of-pocket teacher expenses. However, the moving expense deduction has been suspended through 2025, and, for divorce or separation instruments executed or modified after December 31, 2018, alimony is no longer deductible by the payor (or includible in income of the recipient).

Education Credits:  There are no changes to the American Opportunity Credit or the Lifetime Learning Credit!

Mortgage Interest Deduction: Still exists, but modified. Interest on acquisition debt for homes purchased on or after December 15, 2017 will be capped at $750,000 of mortgage debt. For home purchased before December 15, 2017, the cap is still $1,000,000 (i.e., grandfathered). Also, there is no longer any deduction for home equity debt, regardless of when the debt was incurred.

State and Local Tax (SALT) Deductions: State and local tax deductions (for income and property taxes) are capped at $10,000. Also, any amount paid in 2017 for state or local income taxes assessed in 2018 will be treated as having been paid in 2018 (so, you cannot prepay 2018 state income taxes). If your jurisdiction allows it (and Spokane county does not, I’ve already tried), you can try and prepay your 2018 property taxes.

Charitable Donations: The deduction still exists, but there is no longer a deduction allowed for donations to colleges in exchange for the right to purchase college athletic seating tickets (sorry, boosters). Also, the income limit for cash payments to public charities has increased from 50% to 60% of adjusted gross income (AGI).

Medical Expense Deduction: Currently, if you itemize, you can take a deduction for qualifying medical expenses that exceed 10% of your AGI. For both 2017 (it’s retroactive) and 2018, the floor will be lowered to 7.5% of AGI.

Miscellaneous Itemized Deductions: All the miscellaneous itemized deductions which exceed 2% of your AGI have been eliminated. For example, deductions for unreimbursed employee expenses, investment management expenses and tax preparation fees are gone.

Casualty Loss Deduction: The deduction for a casualty loss is no longer available unless the casualty is part of a federally-declared disaster area.

Passthrough Entities: This gets a bit complicated, and I’m going to wait to read the treasury regulations before I get overly worked-up in this area. But as written, owners of passthrough entities (and sole proprietors) are eligible for a 20% deduction for business related income, subject to certain w-2 limits. The W-2 wage limitations do not apply if taxable income is less than $157,500 for singles ($315,000 for marrieds). However, “specified service trades or businesses” cannot take the deduction unless their income is less than the previously mentioned threshold amounts, and then begins to phase out. Interestingly, architects and engineers were removed from the definition of “specified service trade or business”—they must have good lobbyists.  The deduction is taken on the top of page 2 of a 1040 (thus it does NOT reduce AGI).

Also, there is an alternative limitation that is computed as 25% of w-2 wages paid by the business plus 2.5% of the unadjusted basis of property used in the production of income – which might allow owners of rental properties to receive a pass-through deduction.

Estate Tax:  The “death” tax was not repealed, but the exemption has doubled.

Kiddie Tax: the unearned income of children subject to the kiddie tax will now be taxed by applying the rates for trusts instead of the rates of the children’s parents.

529 Plans: Taxpayers will now be able to use up to $10,000 per year from a 529 plan for qualified expenses of elementary and secondary education (and homeschooling).

Alternative Minimum Tax (AMT): The AMT for individual has not been repealed, but the exemption amount has increased to $70,300 for individual sand $109,400 for marrieds.

Corporate Tax Rate:  The corporate tax rate has been lowered to 21%, beginning after December 31, 2017.

Corporate Alternative Minimum Tax: The AMT for corporations has been repealed.

Depreciation for Luxury Autos:  the amount allowable for a deprecation deduction for luxury autos been expanded. You can now deduct 4x as more (beginning in 2018 – so hold off on those auto purchases until January).

Net operating losses (NOLs): NOLs can no longer be carried back, and the carryforward is limited to 80% of taxable income.

Interest Expense Deduction: For those business with average gross receipts are greater than $25M, then the interest expense deduction is limited to 30% of adjustable taxable income.

Meals and Entertainment:  50% of meals expense is still deductible, but NO deduction is allowed for entertainment.

This isn’t meant to be exhaustive!  You can read what’s in the bill here. There’s much I didn’t cover, and still more to learn!